In ‘Thief’ the artist takes over the story of a robbery; A group of thieves in Seville stole 4 tons of oranges in two cars. The robbery was seized by the police who gave the title of “The Sevillian job” to the theft. In this way the artist appropriates the seized theft from the police and moves it to the museum space as an installation, functioning as a diptych next to ‘Invigilate’. With them he tries to approach, making use of humor, the residues of a forced and cosmetic modernity in the European peripheral south, where ingenuity, survival and punishment are revealed  and as an antithesis to the metropolis. Through the scavenging of stories in various local newspapers, the artists addresses how journalism in the south masks through the anecdotal the loss of agricultural forces and Southern epistemologies.
In ‘Invigilate’ Pérez Evans reproduces and moves into the exhibition space a gesture and anecdote of suspicion and protection, that the artist saw a member of his family do, to protect his small plot from possible theft. A surveillance camera is installed in the museum and points directly to a live mango tree planted inside the museum’s facilities, a screen located at the entrance of C3A allows for the image to be monitored in real time. “Invigilate” thus involves visitors within this narrative, turning them also into security agents who now supervise the scene. The artist imagines himself in this piece as a farmer in his family lineage. A sector, that of agriculture, closely linked to the Andalusian identity that has been left unprotected in favor of a forced conversion to the tourist sector. Treating it as a symptom of a late modernity, Pérez Evans interprets and plays with the matter with the help of the spectator and the museum, whom he incorporates giving them an active role in this performance. With this work, the artist approaches with live and technological materials the life maneuvers of an extinct peasantry located in southern Europe, that begins to imitate actions of penitentiary institutions and at the same time imagines the earth – ground of the museum as a fertile place for life – decoupling it from speculative and real estate schemes, 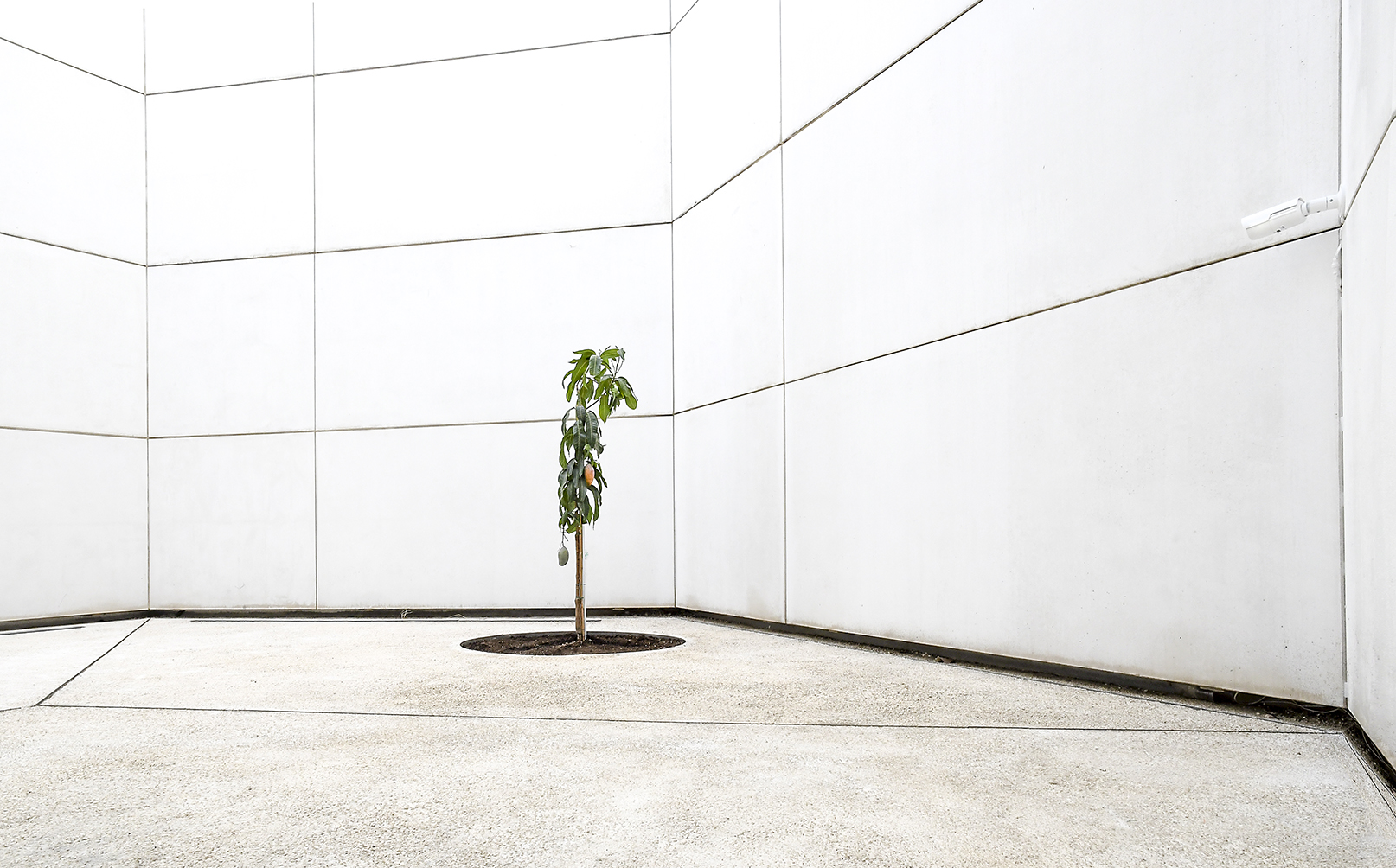 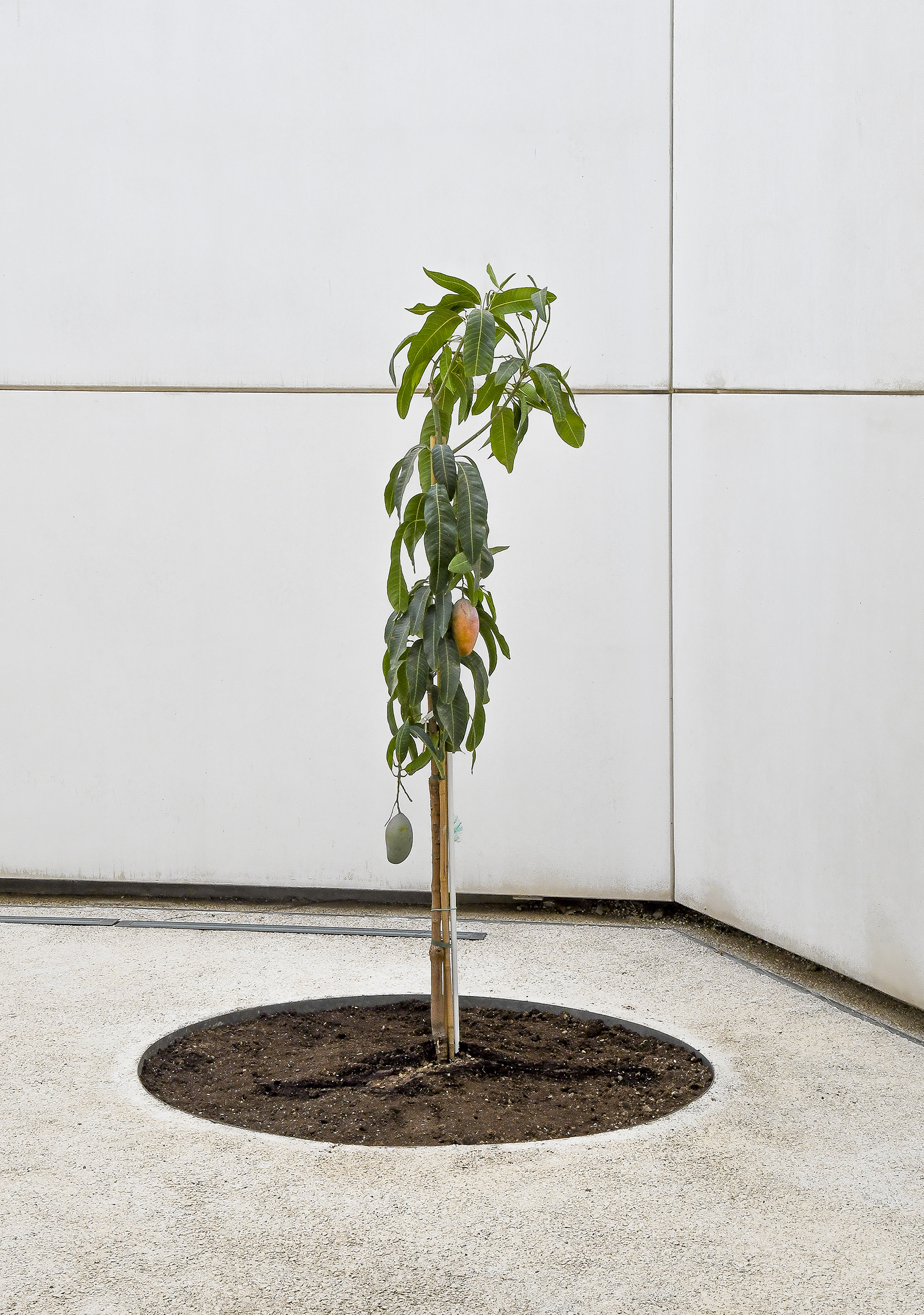 CCTV screen in the museum 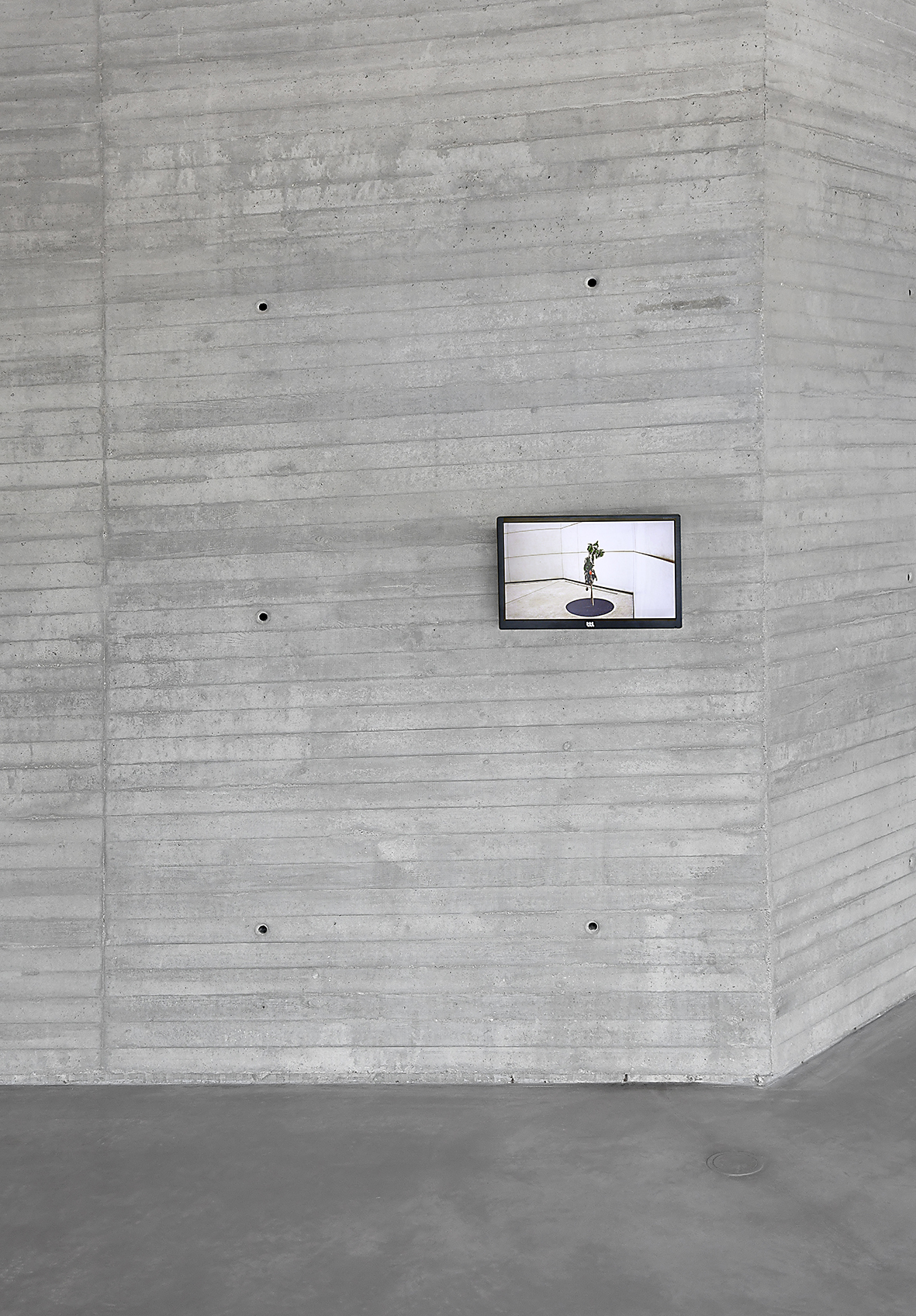 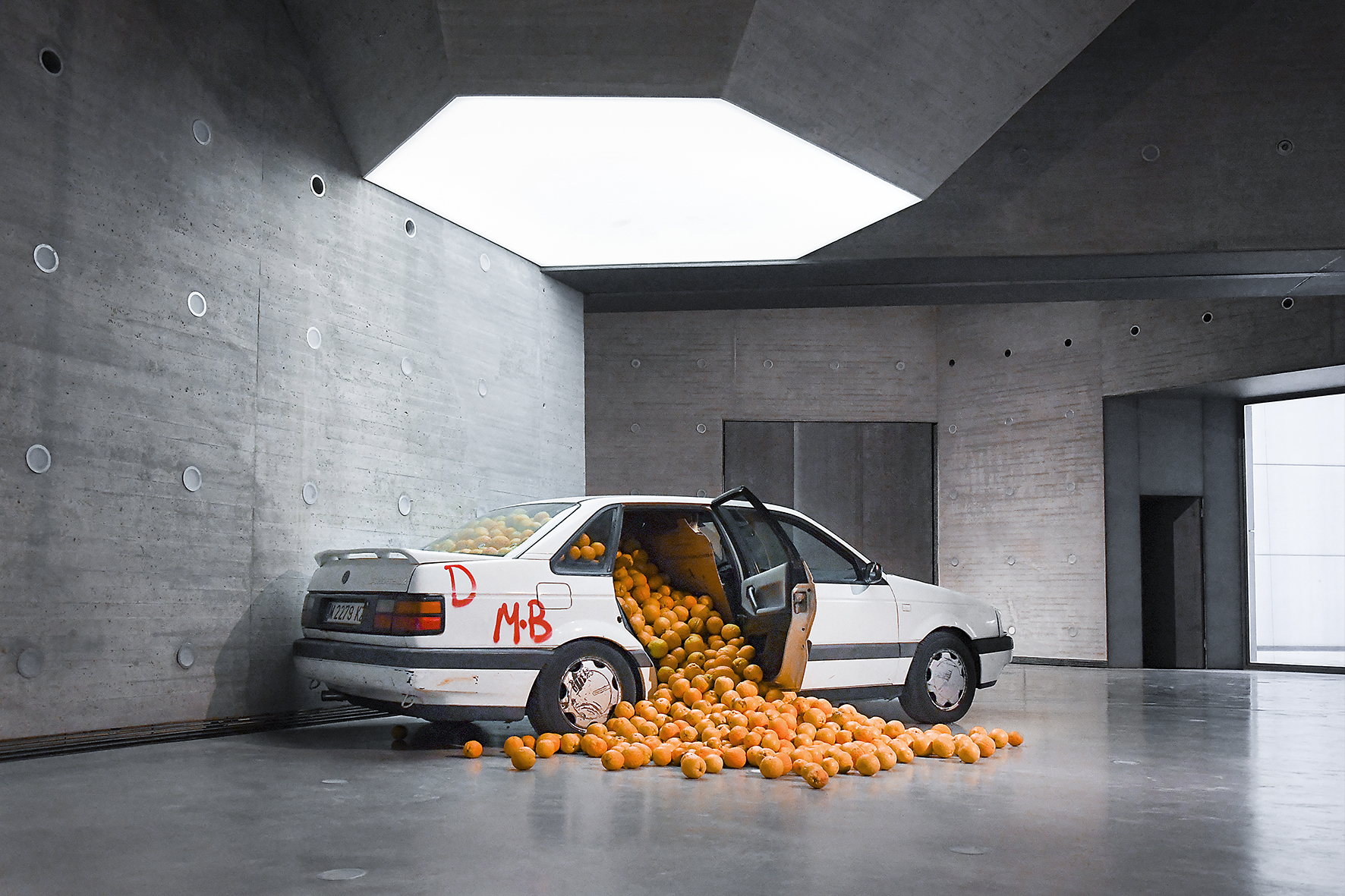 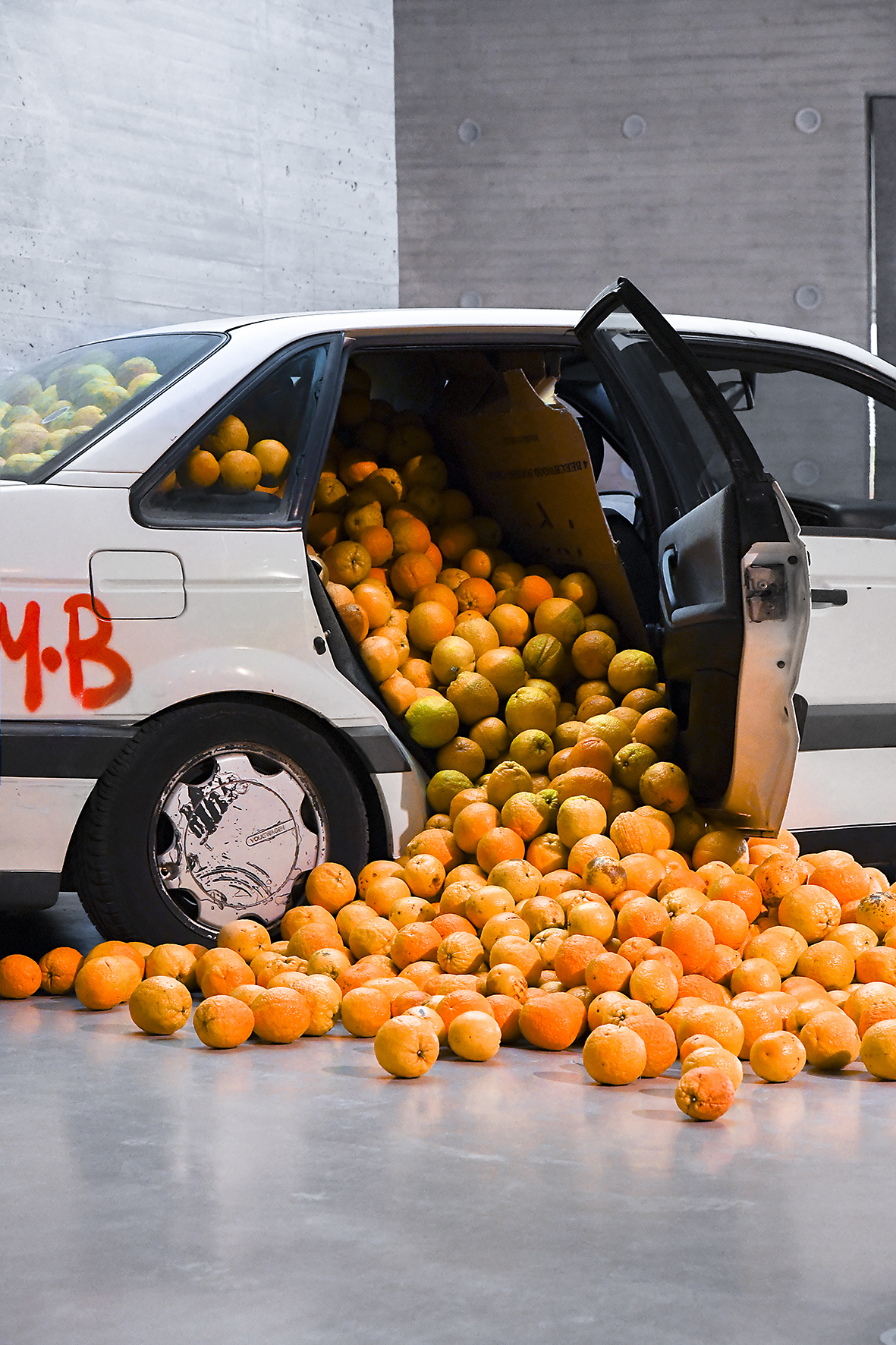 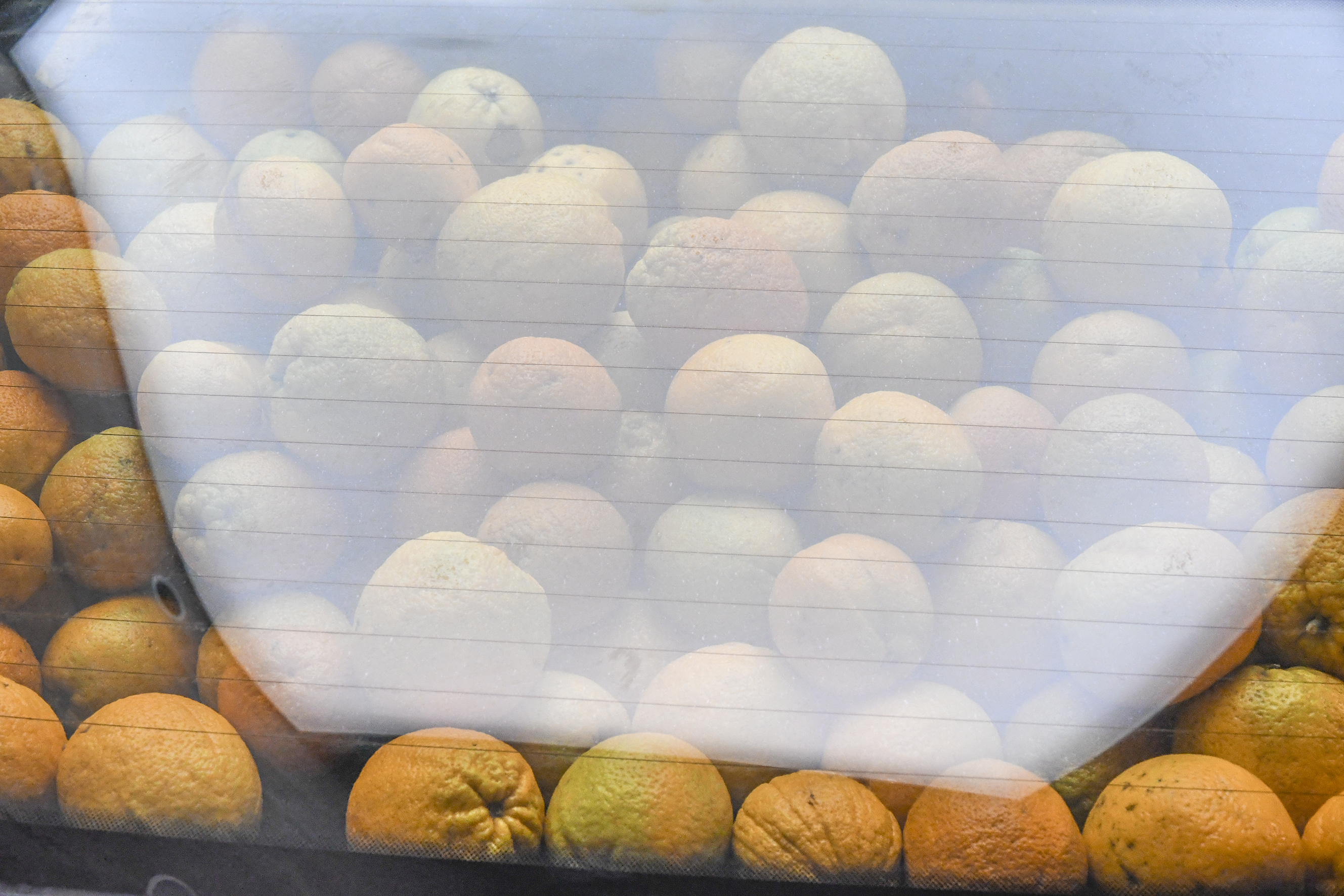